For over three decades AAMP Global has been driven by a singular focus. To link your vehicle to the most advanced technology on the road. Through our family of brands – PAC, Stinger, Connects2 and EchoMaster. AAMP has consistently and continuously bridged barriers that separate you and your car from new technology. Old, new, commercial, passenger, foreign or domestic, we give you the freedom to enhance the vehicle you love with the features you crave.

Our superior engineering is the key to unlock any vehicle’s potential. AAMP engineers study each vehicle’s electric and CAN-bus systems with scientific precision. They recognize the subtle intricacies of every vehicle on the road and are able to solve most any problem by reverse engineering a solution tailored specifically to that vehicle. These one-of-a kind solutions allow us to decode or integrate, any vehicle or any competitor’s product. The AAMP lab deciphers the jargon, merging all technical details into one harmonious solution built just for you.

AAMP customers are as varied as the countries they inhabit. We build custom solutions that have lured the smallest “Mom and Pop” dealers and 12 Volt specialists to the largest commercial chains, like Best Buy, and OEMs like General Motors, into productive partnerships. Through constant innovation, we provide solutions for all vehicles in industries ranging from agriculture, recreational vehicle and passenger vehicle upgrades. 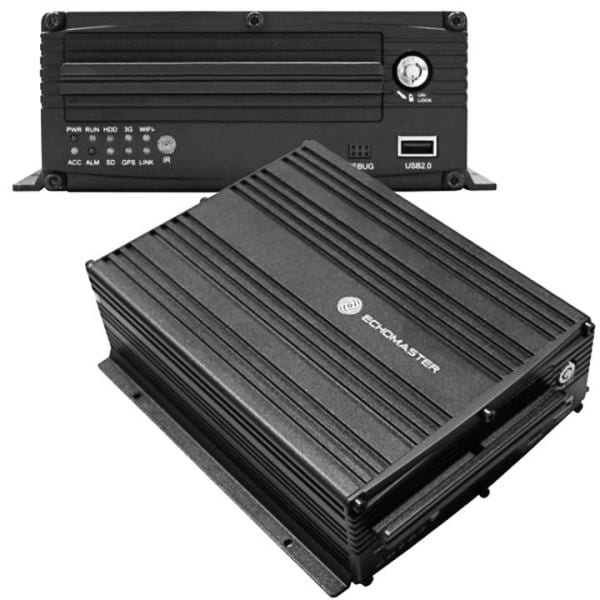 by Jason Dabbs
in EchoMaster
Comments

CLEARWATER, FL–(Marketwired – March 20, 2017) – EchoMaster, global manufacturer of safe driving technology for consumer and commercial drivers, today, introduced the latest in their line of ultra-high capacity HDD-based DVRs, intended for use in commercial applications. The high-tech recording devices are designed for high-capacity recording of camera data, and have up to 10x the storage capacity of traditional, SD-card based DVR units, allowing for nearly 2000 hours of continuously recorded, uninterrupted footage.

Every model of the EchoMaster HDD-DVR series comes standard with GPS tracking and map tracing of recorded footage, ensuring that all drivers have a full record of their movements and actions — whether you’re tracking your long-haul truckers for DOT compliance or recording the actions of law enforcement officers, the HDD-DVR is the perfect choice.

The storage device itself has been built to commercial-grade standards, including a heated caddy, allowing it to perform in all weather conditions, even sub zero temperatures without affecting the performance. It is compatible with all hard drives in the 2.5″ form factor — including both SSDs and HDDs — with a maximum storage capacity of 2TB.

To gain complete monitoring coverage inside and out of your vehicle, the EchoMaster HDD-DVRs were engineered to include 4-8 supported camera inputs, depending on the model, ensuring that your fleet can support all of the cameras required for compliance from all angles, inside and outside.

The HDD-DVR from EchoMaster does much more than simply record video footage. It incorporates several advanced features that make it a comprehensive recording and tracking solution.

These features include a built-in motion detection system that allows automatic recording when the vehicle is in motion, and shuts recording off after a preset timeframe. Impact sensors are also included that track “G” forces, logging motion and impacts alongside camera footage.

Advanced connectivity is also available on select models of the HDD-DVR, such as Wi-Fi and 3G capabilities that allow for remote viewing of recorded footage.

The HDD-DVR Protects Vehicles — And Drivers

ABOUT AAMP GLOBAL
Established in 1987, owned by Audax Private Equity, and headquartered in Clearwater, Florida, AAMP Global restlessly pursues innovative ways to enhance what moves you. Global manufacturer of mobile aftermarket technology for consumer and commercial vehicles; developing safety solutions under EchoMaster, smartphone connectivity under iSimple, rear and front seat infotainment under Rosen, high power audio enhancement under Stinger and Phoenix Gold, and OEM integration solutions under Autoleads and PAC. AAMP enables you to define your drive, one vehicle at a time, anywhere in the world.

We use cookies on our website to give you the most relevant experience by remembering your preferences and repeat visits. By clicking “Accept”,
you consent to the use of ALL the cookies. You can review our cookie-policy here for more details.
Reject All Cookie Settings

This website uses cookies to improve your experience while you navigate through the website. Out of these, the cookies that are categorized as necessary are stored on your browser as they are essential for the working of basic functionalities of the website. We also use third-party cookies that help us analyze and understand how you use this website. These cookies will be stored in your browser only with your consent. You also have the option to opt-out of these cookies. But opting out of some of these cookies may affect your browsing experience.
Necessary Always Enabled
Necessary cookies are absolutely essential for the website to function properly. This category only includes cookies that ensures basic functionalities and security features of the website. These cookies do not store any personal information.
Non-necessary
Any cookies that may not be particularly necessary for the website to function and is used specifically to collect user personal data via analytics, ads, other embedded contents are termed as non-necessary cookies. It is mandatory to procure user consent prior to running these cookies on your website.
SAVE & ACCEPT